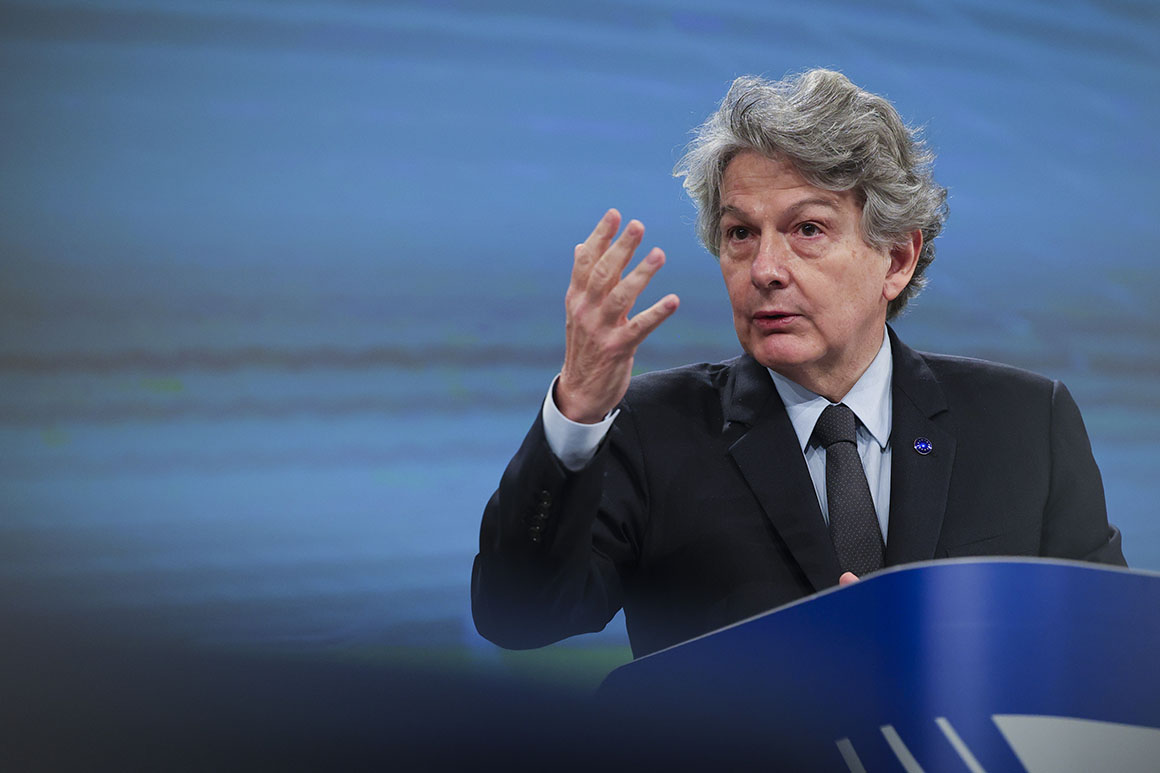 Reviews | To counter China, US and EU must get back on the same wavelength – Quickly

The inaugural meeting of the US-EU Trade and Technology Council, which was established to seek a common agreement on the rules of digital trade, starts September 29 in Pittsburgh. Washington’s interest in participating has been heightened by business alarms over the EU’s digital markets bill, which almost exclusively targets five companies, all of which are American: Google, Amazon, Apple, Facebook and Microsoft.

The European objective is understandable, to offer European companies opportunities to compete with these tech giants, even if none seem able to immediately take advantage of the new rules. Instead, the legislation opens the door for Chinese and Russian companies.

EU digital markets law classifies certain companies as ‘gatekeepers’ based on their number of users, capitalization or turnover, and imposes new obligations and restrictions on how these companies can carry out their activities. Unlike previous EU legislation, which targeted all businesses that collected data on EU citizens, this only applies to a small number of US businesses.

The bill would require these companies to transfer sensitive data or code to third-party vendors without geographic restrictions. This means that Chinese and Russian companies, which are already well supported by their autocratic governments, would potentially have access to sensitive data that they could exploit in order to support not only their businesses, but also their state’s foreign policy goals. For example, Russia Today (RT), a state-controlled Russian media company, has continuously lobbied for greater inclusion on US platforms in an effort to disseminate its anti-democratic narratives to a wider audience.

Worse yet, the law requires gatekeepers to provide access to systems and tools operated by US companies, endangering sensitive code and design features as well as potentially compromising security features and system integrity. It requires companies to provide third-party online search engines with access to information regarding rankings, queries, click and view data, which could help an autocratic government crack down on their own dissident citizens. Finally, “gatekeepers” should provide access to high-quality, continuous and real-time information on user data, which could include proprietary business or technical information.

The trick now – although diplomatically difficult – is to convince the European Union to change this bill so that it does not apply only to American companies. The final legislation is expected to protect consumer choice in Europe in a way that does not disrupt regulatory cooperation between the US and the EU. Indeed, the law should call for greater cooperation with the United States to protect European and other consumers from Chinese and Russian practices.

The September trade technology meeting will end with a statement that is expected to say, among other things, that the European Union and the United States will remain aligned on the regulation of digital commerce. Any new regulations from the European Union and the United States must be coordinated and support our common national security goal: to prevent Chinese and Russian actors from acquiring data that they could use against the United States, Europeans and even their own citizens. The dangers are already evident in the way China and Russia are using “smart city” or surveillance technology to control their citizens, and in the obviously symbiotic relationship between cybercriminals and the Kremlin.

Moreover, this regulatory cooperation should extend beyond the transatlantic alliance to include key democratic allies such as South Korea, Japan, Taiwan, Australia and Israel. Transatlantic standards should ideally become global or, at a minimum, accepted and adopted by all countries that share our democratic values, including concern for privacy and human rights.

But right now, with new tensions between the US and the EU and many stakes in the digital trade arena, the next meeting of the Trade and Technology Council is the place to start. We must focus our diplomacy on protecting the transatlantic alliance, not just generally but specifically on technology.

This time we can talk to the Australians later.